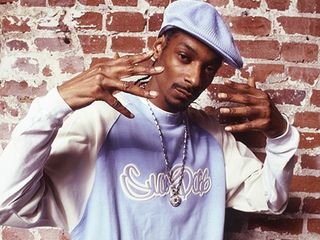 Since headlining last year's Coachella with Rage Against The Machine, drummer Brad Wilk has been busy creating Olade - a range of organic, sugar-free lemonade. Why? Wilk suffers from diabetes and couldn't find lemonade on the market that would fit with his diet management plan. Wilk chose Coachella 2008 to test his creation on the thirsty VIP section. The drink was, allegedly, an instant hit.

No one can argue with Wilk's reasoning for entering the beverage market. However, some musicians will happily put their name to anything - often with dubious-sounding results. Here's MusicRadar's top 10 rock star endorsed food and drink products...

10) Various artists - Wine
Mötley Crüe´s Vince Neil, Sting, Bob Dylan, Cliff Richard and err… Olivia Newton John, all either have a wine range, own a vineyard or in the case of Cliff Richard, own a whole winery.

9) Alex James - Cheese
Yes, Blur's bassist retired from debauchery to a farm in the Cotswolds to make cheese. We have nothing more to say about this.

4) Marilyn Manson - Mansinthe
A type of absinthe with 66.6% alcohol content. Believe it or not, Mansinthe was recently awarded a gold medal at the 2008 San Francisco World Spirits Competition.

3) Nelly - Pimpjuice
Pimpjuice is the 'No. 1 hip hop energy drink'. It's green in colour and Pimpjuice also happens to be the name of a Nelly song - here's the video.

2) Joe Perry - Rock Your World hot sauces
The Aerosmith man says: "If you're gonna play, play it loud. If you're gonna cook, cook with fire!!!!'. Joe plans to expand his line to include Rockin´ Roni Mac & Cheese.

1) Snoop Dogg - Hot dogs
These are, of course, foot-long. Snoop´s brother and manager Bing Worthington had this to say: 'Imagine a long, skinny hot dog just like Snoop'.