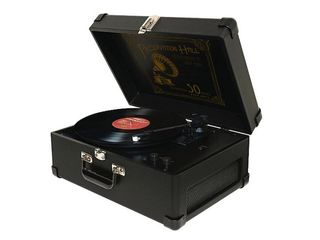 Now, unless you're really something of a collector, it's safe to assume that any record player you might own only has two speed settings - 33 and 45 RPM. We say that because the old-fashion 78 RPM phonograph design all but died out over 50 years ago.

Enter Tom Waits. The much-admired singer/songwriter, as a result of his recent collaboration with New Orleans' Preservation Hall Jazz Band, is set to release a cover of an old jazz recording - in its original 78 format.

The song, Tootie Ma Is A Big Fine Thing, was originally recorded by Danny Barker in 1947. Waits' version will feature the Preservation Hall Jazz Band, and be released on Preservation Hall Recordings on November 19.