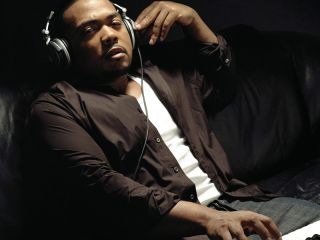 Mega-producer Timbaland and pop star Nelly Furtado are being sued by the label Kernel Records Oy for allegedly borrowing from a song recorded by Finnish artists to create the track Do It.

Do It, produced by Timbaland and written by Furtado, appeared on the Canadian singer's third studio album, Loose, released in June 2006.

In the lawsuit, filed in Miami-Dade Division of the US District Court Southern District of Florida on 11 June, Kernel Records Oy alleges that Do It was recorded using the "original and central identifying melodic, harmonic and rhythmic components" of the song Acidjazzed Evening, which the Finnish label Kernel Records acquired in 2007.

The composer of Acidjazzed Evening, Janne Suni, won first place at the Assembly 2000 Old Skool Music Competition in the year 2000 for the track.

In January 2007, a YouTube video (as seen below) was posted by an anonymous user who made the first accusation that Timbaland's work on Do It was suspect.

The video compares portions of Do It and Suni's original version Acidjazzed Evening to demonstrate their similarities.

"That mess is so ridiculous," Timbaland said when asked about the situation in 2007. "I can't really discuss it because it's a legal matter. But that's why people don't believe it. It's from a video game, idiot.

"Sample and stole is two different things. Stole is like I walked in your house, watched you make it, stole your protools, went to my house and told Nelly, 'Hey, I got a great song for you.' Sample is like you heard it somewhere, and you just sampled. Maybe you didn't know who it was by because it don't have the credits listed."

In the lawsuit, Kernel is charging all defendants with copyright infringement, requesting that the ownership of the copyrights held by Mosley Music, LLC and Geffen be transferred back, and requesting an injunction prohibiting the further release, reprinting, performance and sale of the song Do It.