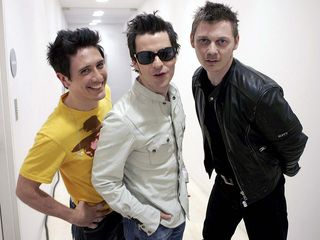 Teenage Cancer Trust has announced a stellar line-up of music and comedy to launch its ninth year of gigs at the Royal Albert Hall.

The 2009 shows kick-off on Tuesday 24 March with an evening featuring critically acclaimed artists. Mercury Prize winning Antony And The Johnsons, hot on the heels of celebrated album The Crying Light, will be joined by Brits Critics' Choice winners Florence and the Machine

Stereophonics will take to the stage on Thursday 26 March. Lead singer Kelly Jones has been an inspirational supporter of Teenage Cancer Trust since he joined The Who onstage to perform a storming version of Substitute at the very first Teenage Cancer Trust gig back in 2000.

On Friday 27 March, Kasabian will perform their first London show since recording their hotly tipped new album due for release in June. Kasabian will return to the Royal Albert Hall to perform for the second time for Teenage Cancer Trust.

Kasabian frontman Tom Meighan commented: "It's great we can continue to support Teenage Cancer Trust and help them make a difference. We were inspired after meeting some of the teenagers with cancer at our gigs last year and it really made us want to do more for the charity."

To bring the week of gigs to a close, comedy duo Mathew Horne and James Corden from BAFTA-winning sitcom, Gavin and Stacey, will host an Evening of Comedy.

More acts are set to be announced soon. Visit www.teenagecancertrust.org for details.