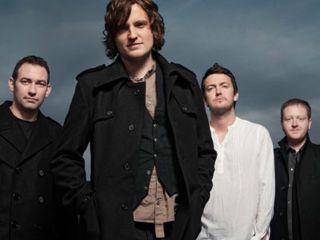 A version of Starsailor's new single Tell Me It's Not Over, featuring The Killers' Brandon Flowers on vocals, has leaked online.

The song, which features Flowers on backing vocals, was remixed by the singer alongside and Stuart Price (aka Thin White Duke), who has produced both The Killers and Starsailor in the past.

The song is the band's new single, due 2 March, and was to come with a 'b-side' of their fourth album's title track, All The Plans, featuring Rolling Stone Ronnie Wood on guitar. Starsailor supported The Stones in 2007.

Latest reports suggest that The Killers' label, Island, are vetoing the full-release of the Brandon Flowers version. The Daily Star claim that Starsailor singer James Walsh told them: "The Killers' label said we can't put it out."

Listen to it here.