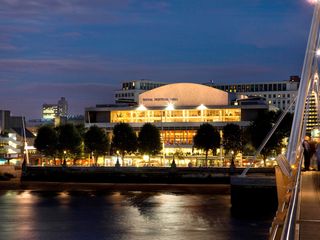 The Southbank Centre in central London hosted the largest amount of live performances in the UK last year and has therefore been named the country's top music venue by performing rights collection society PRS For Music.

The collection society totted up the full amount of music events hosted by each UK venue, counting one live performance by an artist/band as one musical event.

The Southbank Centre - which is actually a collection of several venues of varying sizes including the Royal Festival Hall and Queen Elizabeth Hall - took the crown by hosting 422 live music events in 2011, closely followed by The Sage in Gateshead, which hosted 400.