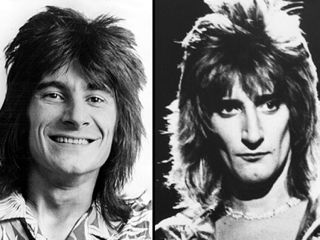 One more Clive Davis rubber-stamped album of schmaltzy ballads and we would have officially sentenced Rod Stewart to a life of afternoon shows in Vegas. But there's hope: the Rodster is seriously considering a Faces reunion.

Faces keyboard player Ian McLagan has confirmed the rest of the band, including Stewart and guitarist Ron Wood, have finally agreed to consider getting the old gang back together. "We're hoping to get together later this year to play and then we may have some news, but I want it to happen, badly."

McLagan did add, however, that Stewart has long been the sole hold out. "Rod hasn't wanted to do it for a long time. He didn't see the need in it but I think he really wants to now. It's going to be great if it does happen," McLagan said.

According to reports, Stewart and Wood met at the Mayfair restaurant Cipriani to discuss the possibility of returning to the studio with the band. A source commented: "Ron and Rod had a great time reminiscing. They were having a laugh and a joke but there is still a serious hunger to get back in the studio. There are plans for the band to start recording in the autumn with a tour in the pipeline for this winter."

The original Faces lineup comprised Stewart, Wood, Ian McLagan, Kenney Jones and the late Ronnie Lane. They formed in 1969 and released four studio albums between 1970 and 1973, which included the hits Stay With Me and Ooh La La.

Interestingly, before they were The Faces, the band was called The Small Faces.With each member now in his 60s, perhaps another name change is in order - The Long Faces.