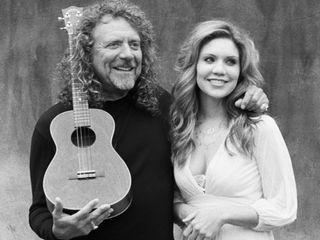 Led Zeppelin singer Robert Plant has been appointed a CBE (Commander of the British Empire) in the UK's 2009 New Year's Honours List. The award is for his services to music.

Plant's partner in Led Zeppelin, Jimmy Page, was awarded an OBE in 2005, though not for his music. The Queen bestowed the OBE on Page to recognise his work with poor children in Brazil, via his ABC Trust (Action for Brazil's Children). Page founded the ABC Trust with his Brazilian wife, Jimena.

"We're in the middle of the honeymoon right now," Plant recently said. "We're coming up with all sorts of great songs. The fluidity and the flexibility that's coming about now, it would be a shame not to do something original.