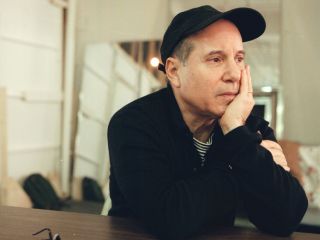 If you're going to try to pass yourself off as Paul Simon at the bank, you should try to look like him, even a little. This is the lesson Rafael Ramos learned yesterday when he tried to withdraw $4,300 from the Rock Hall Famer's account.

According to the New York Post, Ramos entered a Manhattan Citibank and claimed to be Paul Simon. The 54-year-old came sort of prepared: he had in his possession a forged credit card and driver's license along with Simon's actual Social Security number.

One thing, however, tipped off the bank teller: the unfamous Ramos stood a towering 6'1" - a big difference from the famous Paul Simon, who measures in at 5'3". (Perhaps he should have tried to pass himself off as Art Garfunkel - he's a solid six feet.)

When the suspicious teller refused to allow Ramos to withdraw the funds, the con realized that his scam had gone awry and quickly fled the institution - only to be apprehended by a police officer. Later, Ramos was hospitalized and told police that he was "depressed." (Wait till the prison doors slam shut - he won't be Feelin' Groovy then.)

The real Simon was questioned by authorities, and he said he had no knowledge of Ramos, had never met the man, and had no idea how he got a hold of his Social Security number and bank information. With any luck, though, he'll get some songs out of the situation.