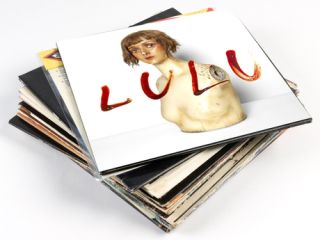 The album that's infuriated critics everywhere. Is it that bad? Hardly. In fact, we think it's a work that will last.

Has everybody suddenly gone uncool, or what?

Did people actually think, when Metallica and Reed announced their collaboration, which resulted in the recently released Lulu, that the guy who created Metal Machine Music would croak out a lame-o batch of rehashed Enter Sandmans? Please. Or, worse yet, did they dare to dream that the onetime thrash monsters might bash out an amped-up, garage take on I Love You, Suzanne ad nauseum? My oh my, how predictable would that have been? How tired. How boring. How... yeah... uncool!

Everybody's missing the point, or so it would seem. Maybe they're too wrapped up in the past, anticipating a headbanging album of four-minute hits with Lou shaking off the ravages of time - make that Metallica, too; they aren't exactly spring chickens - and getting all Metal Up Your Ass on us.

On the other hand, they could be traditionalists of a different sort, excited by the notion of Reed using two 19th century plays by German dramatist Frank Wedekind as his source material and going "WTF?" at the end of this 90-minute passion play. As if Reed was going to stick to any kind of script. At his age, he's only got one boss - himself - and he doesn't have to listen to anybody trying to tell him what music to make.

And he sure as hell doesn't have to take orders from Metallica - he could tell 'em all to shine his shoes - but he tunes into them big-time during the 10 electrifying, double-daring cuts that make up Lulu. Clearly, band and artist have affected each other, but influence-wise it's hard to say who's the bigger dog. Everybody seems to benefit here. In any event, this is the biggest and best collection of Metallica riffage in God knows how long.

The pile-driving, feedback-laced Mistress Dread should be proof enough. Amid a hilarious series of false endings, Lars Ulrich pummels his drums through patterns that could exhaust drummers 20 years his junior. Likewise, on Frustration, the band knuckles down and brings on a storm of musical intensity. "Spermless like a girl!" Reed shouts above the ruckus, and you can be sure he's not directing his words at the group - or even himself. Hell, Picasso fathered a child at 68; Anthony Quinn was all of 81 when he became a dad for the last time. At 69, Reed is still blowing testosterone all over the damn place. As for Metallica? Don't even think about it. They still can't even get AARP for free.

Loutallica have served one lulu of a Lulu. Photo: Anton Corbijn

So we're on to Reed's lyrics, of which this writer has never been a particular fan. But some wines do peak, and lo and behold, tigers can change their stripes, and on Lulu, Reed reaches a level of unnerving introspection that is bound to convert the staunchest of non-believers. "No matter what you say, no matter what you do/ A butterfly heart flies right past you," he barks on Iced Honey, probably the most conventional, old-school rocker in the bunch. "I've always been this way!" he yells, and somehow you believe him, just as you believe that this is the record he's been waiting to make.

On Junior Dad, Reed is vulnerable to the point of being broken, and on this moving character study he sings, "The greatest disappointment/ age withered him and changed him." He repeats the line over a lilting, One-like progression that gives way to a bulldozer which is finally overtaken by a guitar drone, one which sounds, not unintentionally, like bagpipes at a funeral. That the send-off goes on for nine minutes is no mistake. Paying your respects, obeying your master - it all takes time.

These are lessons Metallica have taken to heart. Whether doling out gnarly, Southern rock (Brandenburg Gate), sad stoner lines (The Viewer) or chugging epics (Cheat On Me), they prove to be versatile sonically and, more importantly, responsive to the most urgent commands of Reed's heart.

A good many have decried the stark realism of Reed's lyrics ("her Kotex jukebox" is a popular target) and the script-less assault of Metallica's playing on Lulu, but one begins to wonder if some of the critics, and they are legion, have forgotten the entire point. Metallica were never supposed to make music everybody would like. Your parents weren't supposed to "get" them, and neither was your girlfriend.

The same goes for Reed. He's 'anti' in every possible way. And though it's taken him a few decades more to win over this writer, he's succeeded smashingly, creating an audio trompe l'oeil that grows deeper with repeated listenings.