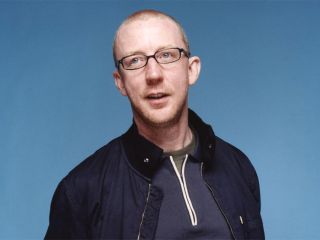 Blur's Dave Rowntree is prominent in the Featured Artists Coalition

Members of Radiohead, Blur and Pink Floyd are joining up as a lobby group for music artists.

Approximately 100 musicians are expected at the first meeting of the Featured Artists' Coalition (FAC) in London today (11 March).

The coalition aims to give artists a greater voice in deals and decisions in the music industry.

Blur drummer Dave Rowntree is one of the leading figures and says artists must "own our future, take control of our rights and genuinely work together".

Other vocal supporters include Iron Maiden, The Verve, Kaiser Chiefs and White Lies.

"We can be a powerful force"

Rowntree says: "Acting alone, artists' voices will not be heard. Acting together, we can be a powerful force. Our rights are our power.

The FAC says it will fight to make sure performers do not come off badly from what Rowntree calls "under the table deals between multi-national corporations".

The first meeting of the FAC comes, by coincidence, in the same week as the row between YouTube (owned by Google) and the PRS (Performing Rights Society).

YouTube plans to remove all 'premium' music videos to UK users after failing to reach a new licensing agreement with the PRS. The PRS is a collection agency that pays money to songwriters and performers, including fees for the streaming of music videos.

Rowntree added: "The digital revolution has swept away the old music business of the 1960s, and changed, forever, the relationship between artists and fans.

"For companies who made their living sitting between the two, these are increasingly hard times, but for music makers and music fans, this should be a fantastic opportunity.

"YouTube's row with the PRS is the most recent example of just how fast the music industry is changing. There has never been a greater need for the collective voice of featured artists, whose music generates 95% of revenue in the industry, to be properly heard."

Rowntree is currently training as a lawyer, alongside planning the live return of Blur this summer.

MusicRadar will report back on what the first meeting of the FAC concludes.