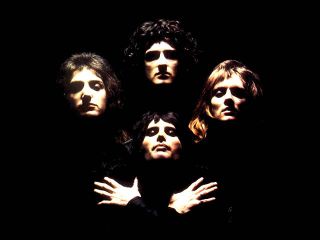 Hits from throughout Queen's career are featured.

Sony Computer Entertainment has announced that a Queen instalment of its popular SingStar video game will be released in March.

Launched in 2004, SingStar enables fans not only to bellow along to their favourite songs, but also to be scored based on their pitching and timing.

The Queen version should certainly present gamers with a challenge: Freddie Mercury famously had a huge vocal range, and the rest of the band chipped in with some tricky harmonies.

Sony hasn't shied away from including some of Queen's toughest vocal assignments, though: Bohemian Rhapsody (anyone fancy tackling that middle section?), Somebody To Love (how's your falsetto?) and Fat Bottomed Girls (not so difficult, but who wants to sing those lyrics?) are all included.

The full tracklisting for the PlayStation 3 version of SingStar Queen is below.

A PlayStation 2 edition with fewer songs will also be released.