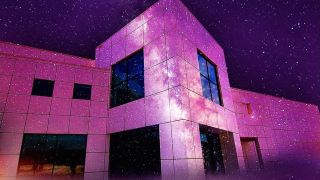 Following a three-week delay thanks to that unfunkiest of problems, a local council planning dispute, Prince's estate has announced the official opening of the recently deceased star's Paisley Park recording complex as a public museum.

Chanhassen City Council rubber-stamped the necessary zoning changes this week, allowing Prince's estate to confirm that public tour tickets to the end of December 2016 will be available from today, October 28. 2017 tickets are expected to become available from Mid November.

Self-guided tours are available for $38.50, allowing unaccompanied access to the main floor of Paisley Park, including the recording and mixing studios where Prince worked; his video editing suites and rehearsal rooms; the complex's massive rehearsal soundstage and concert hall; and Prince's private NPG Music Club

$100 will secure a VIP experience, including an expert guide, a longer tour and access to additional rooms and exhibits.

You can buy tickets at www.officialpaisleypark.com now.

Prince died at Paisley Park in April of this year. He was just 57.