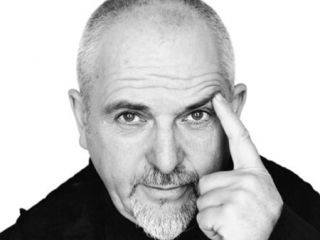 Former Genesis frontman and digital music pioneer Peter Gabriel has spoken out about some of the negative aspects of the internet on the music industry - naming low quality MP3s and "too much choice" as the main offenders.

It's probably no coincidence that Gabriel is currently involved in two projects - The Filter (an online discovery tool that filters music and movies according to your tastes) and Lossless Sound - a joint venture with speaker makers Bowers & Wilkins to supply a CD-quality, uncompressed album every month online.

"I think everyone thought that it (the internet) was going to democratise the music business, but it's done less of that than we would have hoped. A lot of the artists are losing one of the central sources of their income, i.e. record sales, they need to become smarter in building their own database as a means of accessing their own fans and learning and getting the feedback from their fans", said Peter Gabriel to Reuters.

"An MP3 has become the sort of new standard and it's a giant step backwards. Whereas in television now most of us are getting used to wide screen or high definition, and that's gone forwards in terms of quality, music has certainly gone back".

"I think in a world in which we are drowning in choice and have access to everything, we are going to rely more and more on good filtering".