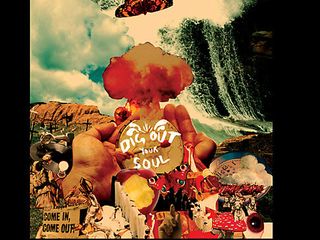 Wonder if Jay-Z has a copy?

Oasis have announced the full tracklisting for their new album, Dig Out Your Soul, the follow-up to 2005's Don't Believe The Truth.

The album, the first release as part of Oasis's just-signed three-album deal with Sony BMG, will be issued through the band's own Big Brother Recordings on October 6.

As well as the group's new single The Shock Of The Lightning, out on September 29, Dig Out Your Soul will feature 10 more songs, including Bag It Up, once considered the title track, and Ain't Got Nothin', which was leaked in demo form earlier this year.

The Dave Sardy-produced album was recorded at London's Abbey Road Studios and mixed in Los Angeles.

The full tracklisting for Dig Out Your Soul is as follows:

Interestingly, two tracks that were expected to be on the album and were recently leaked to YouTube - Stop The Clocks and I Want To Live In A Dream (In My Record Machine) - are not featured. Oasis's PR company declined to comment on whether these tracks will appear as b-sides on future singles, or perhaps on a 'deluxe edition' of the album with extra tracks.

They could even be leftovers from the sessions for Don't Believe The Truth. Gallagher recently told Mojo magazine: "We had 66 songs for the last album and we had crap-loads left over. I remember saying out of those 66, 11 were good and seven were really great. So I was counting on them being the core of the next record, but it didn't quite turn out like that."

Additionally, the band has revealed the new album's artwork, designed by London artist Julian House, known for his work with bands such as Stereolab and Broadcast.