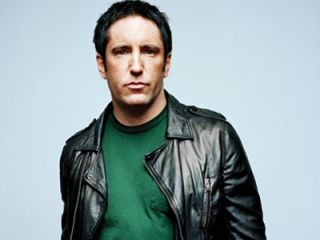 Just as Web 2.0 becomes the English language's official millionth word, one of 2.0's trailblazing heroes (in a musical sense, at least) has given it up for good. Nine Inch Nails' Trent Reznor has quit the internet…

In a long, articulate message on NIN's official forum, Trent Reznor explains that the online community he so immersed himself in (and became so synonymous with) was, in fact, a marketing experiment.

"Faced with leaving the infrastructure of traditional record labels and figuring out what the right thing to do is in this new world - I found myself realizing that for me to have any concept of how to interact with the community and know what they might want / what they find appropriate, I need to immerse myself in that world and live it for a while," writes Reznor.

"The reason no record label knows how to market anything to new media is they don't live there. They don't get it because they don't use it."

Now, because of "some people" who "exist to ruin it for others" (particularly those users of Metal Sludge, who Trent describes as "unattractive plump females" who "NOBODY will fuck" and "make up stories about their incredible sexual encounters with people they WISH they could fuck"), the NIN mainman has had enough.

"I will be tuning out of the social networking sites because at the end of the day it's now doing more harm than good in the bigger picture and the experiment seems to have yielded a result," he concludes. "Idiots rule."