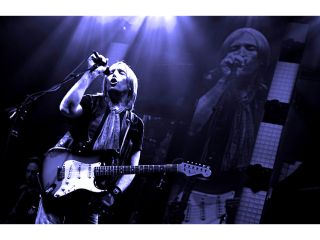 Runnin' Down a Tour

Lost for ideas on how to blow that tax refund? Well, Tom Petty and the Heartbreakers have it all figured out for you.

This Sunday, Tom Petty and the Heartbreakers will entertain a worldwide TV audience of a few thousand, or maybe even a billion or so. And in May, the band will kick off a 37-date tour of North America that will last until the end of August.

Demand for tickets is expected to be great, especially on the heels of their Super Bowl appearance and the 2007 release of the magnificent Peter Bogdanovich-directed documentary of the band, Runnin' Down a Dream.

Dates that have been confirmed for the 2008 Tom Petty tour are listed here. Joining Petty and the Heartbreakers will be special guest Steve Winwood. Winwood is scheduled to open for the band throughout the tour.

Of the upcoming run, Petty says, "The band wants to go really bad, so we had a meeting about it, and we decided, why not? We're doing a shorter tour than we did the last time. It will be drastically different in content. I would like to see a set list that changes every night. I think it's more fun."

While there is no new Heartbreakers album on the horizon, Petty just finished a disc with his pre-Heartbreakers band, Mudcrutch. "We've stayed in touch over the years," he explains. " It went far better than expected. It was so much fun that it should be illegal."