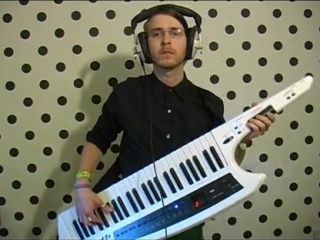 He was honoured by a galaxy of stars at his memorial service and by the likes of Steve Vai and Coldplay on stages around the world, but now comes the Michael Jackson tribute we've all been waiting for: Brett Domino's keytar medley.

Played on Roland's new AX-Synth and featuring snippets from some of The King Of Pop's greatest hits, it's a lovingly crafted piece of work that Domino appears to have recorded in one take (the backing track was created on a computer).

Make sure you stay tuned for the Bad organ solo halfway through, and the Van Halen-trumping Beat It 'guitar' solo at the end.

Mr Domino, we salute you.