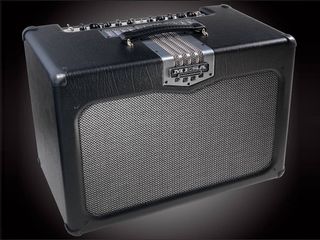 Following the success of the TransAtlantic TA-15, Mesa Engineering has announced new TransAtlantic amps that add extra power and features but retain the portability and versatile range of tones for which the original model was acclaimed.

Standard and rackmount head configurations will be available alongside 1x12 and 2x12 combos.

Here are the key new features as described on the Mesa website:

"While the core tone and features remain as they were originally conceived and designed in the TA-15, the big brother TA delivers some obvious new features as well as some thoughtful and gig-ready innovations found only on the TA-30."

Surf this way for detailed images and the full spec on Mesa Engineering's new TA-30 amplifiers.