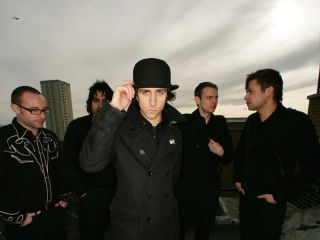 Maximo Park's third album and the follow-up to 2007's Our Earthly Pleasures isn't expected for release until May (unless it leaks, of course) but that hasn't stopped the Sheffield band giving away a free taster.

The album's called Quicken The Heart, and if you register at Maximo Park's official site you can download one of its tracks - Wraithlike - for nowt. We've heard it, and it's safe to say that it's a return to form for the Sunderland five-piece.

News of the first single proper, a free show in Newcastle and a limited edition run (250) of Wraithlike 7"s is expected to follow on Thursday (12 March).