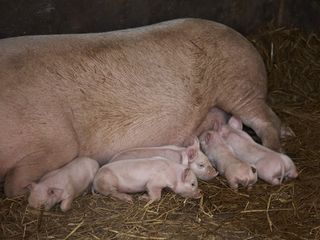 Matthew Herbert has revealed that he wasn't allowed to go ahead with his plan to record the slaughter of a pig.

This was to be a central part of the artist's One Pig project, which involves him creating an album made up entirely of sounds made during the life cycle of a pig.

"Rather frustratingly, and despite many phone calls we have found it impossible to find an abattoir to allow us to record the death of the pig," said Herbert on his blog. "We found one farmer willing to let us record, but then the attending vet did not allow it."

He continued: "For me the death was always a crucial part of the project. It was the part I was looking forward to the least, but the part I felt was most pertinent in my understanding of this life."

A later post on the blog revealed that the pig whose life Herbert has been following was killed earlier this week. Presumably, work on the One Pig album can now begin.