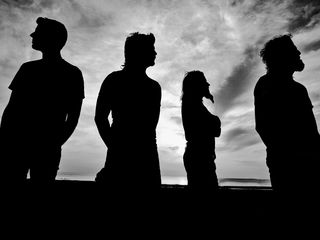 Mastodon look to get 'Feisty' for Record Store Day 2012

That's right, Mastodon and Leslie Feist have announced they're going to team up for a split 7-inch single in which they'll cover each other's material. The disc will be released on Record Store Day 2012.

In an interview with MTV News, bassist Troy Sanders said that the band would "throw some hair and dirt on" on a Feist song and that Feist would "take a Mastodon song and pretty it up a little bit."

Mastodon and Feist formed a mutual admiration society last month when they met at a taping of Later... With Jool Holland. In an interview with Hitfix, Feist said, "Brent [Hinds] and I were nodding at each other, and he's like, 'Nice riff,' and I'm like 'Nice tone.' So backstage I'm thinking about letting these two worlds collide, how they should collide, so I'm like 'How about Metals meeting metal? Brent was like, 'Well, I do like that Bad In Each Other song, I could see that.' Maybe now I will look into learning to cover Oblivion… or anything off [The Hunter]. That album's amazing."

Because of touring commitments, Sanders says recording will have to take place in December. "We only have a short window to make that happen," he explains. "But we're going to do everything we can to work with Feist and have a split 7-inch to support independent record stores."