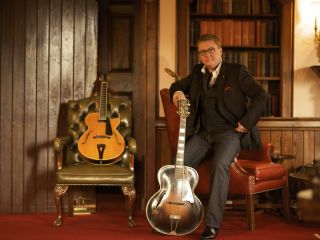 Jazz guitar giant Martin Taylor has announced a date at London's Royal Albert Hall as part of the BBC Proms later this summer.

As you may have guessed, the piece is a tribute to one of jazz guitar's founding fathers Django Reinhardt and was originally penned in 2010 for the International Guitar Festival.

Tickets for the event are priced between £6 and £16 and are available from the Royal Albert Hall ticket site.

If you'd like to learn a little more about Martin Taylor, check out this BBC feature on him from 2010.