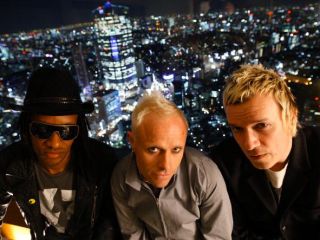 Liam Howlett (right) feels that The Mercury Prize should be more representative.

Prodigy ringmaster Liam Howlett has spoken out against the Mercury Prize, claiming that the UK music award has "nothing to do with the public".

Voicing his opinions to BBC 6 Music at the Kerrang awards he said: "[The Mercury Prize is] to do with a panel of people that always opt for the most obscure thing.

"We never mull it over in our minds."

The Prodigy have been nominated for the prize once - Music For The Jilted Generation made the 1994 shortlist - but they lost out to M-People. The band released Invaders Must Die, their fifth studio album, in March, and Howlett said: "I think we should have been nominated this year".

He also responded to the suggestion that heavy rock and dance music isn't often represented on the Mercury list by saying: "I think it should be. Why not? Why shouldn't it be? Because that's the type of music that stirs up the emotion. It's what kids listen to."

The winner of the 2009 Mercury Prize will be announced on 8 September.