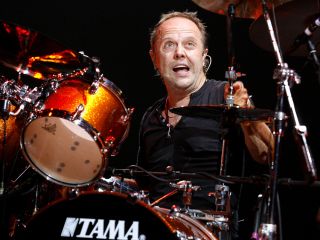 Get Lars Ulrich, Kirk Hammett and Tom Morello together to pick the best albums and songs of the decade and you're bound to have a wild cage match of opinions, right? Not as much as you might think.

U2 showed up, in various forms, on everybody's lists. Oasis (one of Ulrich's all-time favorite bands), Muse and System Of A Down also made strong showings.

For those who might think that these hard-hitting monsters of Metallica and Rage Against The Machine limit their listening habits to shredologists, you've got another thing coming: The Dixie Chicks and Amy Winehouse figure in with Morello's choices for the decade's best. (Somewhat shockingly, he names one of his own albums, One Man Revolution, which he recorded under his alter ego of The Nightwatchman, as a top pick as well. The man digs himself - go figure.)

The rest of the complete, handwritten lists can be viewed at Metal Sucks.