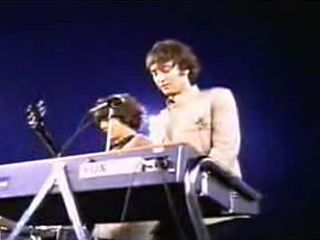 Arguably the biggest draw is John Lennon's Vox Continental Portable Organ, famously played at The Beatles' Shea Stadium concert in 1965. You can watch a video of Lennon pounding the organ during the band's rendition of I'm Down, resulting in it not working properly for the next show.

MusicRadar just finished celebrating 40 years of Electric Ladyland, so it's an appropriate time to flog the original recordings. Up for sale are three tapes and five handwritten boxes (including handwritten production notes) of the album's legendary sessions. Hendrix originally gave the boxes to a member of Amen Corner, while both bands toured together with Pink Floyd, The Move and The Nice in 1967.

Bob Marley owned and played a Yamaha SC 1000 electric during The Wailers' final worldwide tour in 1979, and now it's up for auction. For the $30,000 - $40,000 estimate you'll also get some photos of Marley playing the guitar in Tokyo and Osaka.

Other items include original artwork from the punk era and, er… designer toys. It's all happening at Christie's New York on 24 November - more details here.