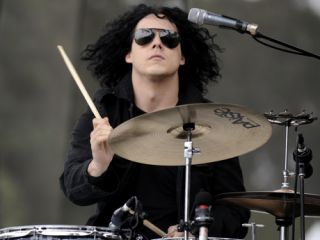 Last April, Jack White contacted Detroit-based MC Black Milk and invited him to his Nashville studio to do some jamming. Two of the tracks they created, Brain and Royal Mega, will be released as a Black Milk single on White's Third Man Records.

On his blog, Black Milk described how the collaboration occurred:

"It's a pretty crazy feeling when you're going about your regular, every day routine in the studio and all of sudden you get a phone call that Jack White wants to work with you. The email to my manager came from Jack White himself. My first reaction was one of shock that an artist like him, who most people would categorize as a rock star, would want to work with an independent hip-hop artist. My second reaction was surprise that he even knew I existed, even though we're from the same city.

"Of course, my response was 'Hell yeah! When and where do I need to be to make this happen?' A few back and forth emails led to my band (keyboardist AB; drummer Daru Jones and bassist Malik Hunter) and I taking a trip to Nashville to record at Jack's home studio."

White not only co-produced the single but also played guitar on Brain and drums on Royal Mega. In addition to being released on Third Man, the songs are available on iTunes. You can preview both cuts on Black Milk's website.