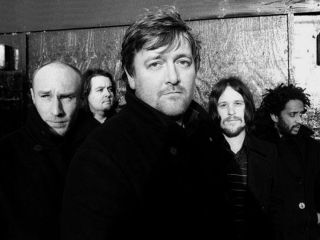 Elbow: they're going to need a new trophy cabinet etc...

The band were rewarded in the Best Song Musically & Lyrically and Best Contemporary Song categories for One Day Like This and Grounds For Divorce. Meanwhile, Duffy took home her almost obligatory prize for Mercy, which was named the PRS For Music Most Performed Work.

Not to be denied, Grammy-hoggers Coldplay won Best Selling British Song for Viva La Vida, while The Ting Tings won the Album Award for We Started Nothing.

The Ivors are designed to celebrate songwriting rather than performance talent.