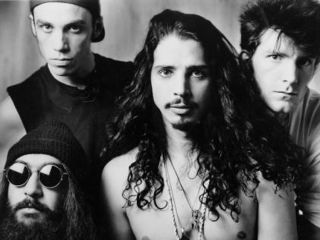 Are Soundgarden 'feeling Minnesota' once again?

Chris Cornell recently told MusicRadar that he wasn't ruling out the possibility of reuniting with Soundgarden, the seminal Seattle band he formed in the mid-'80s.

"I'm never going to count anything out," he said. "It could absolutely happen. For some reason, there seems to be this belief going around that we had a bad break-up, which is totally untrue.

"There was never any bad blood between us," he continued. "In fact, I spoke with [guitarist] Kim [Thayil] just recently. We've always been good friends."

Adding fuel to the reformation fire was the three-quarters Soundgarden reunion that went down last spring in Seattle, when Thayil, along with bassist Ben Shepherd and drummer Matt Cameron took the stage with Tad Doyle on vocals and Tom Morello on guitar.

"I thought that was terrific," Cornell said. "It gave me a warm feeling. I wish I could have been there."

Reunion already being worked out?

Cornell's 'warm feeling' could get hotter - talk is increasing that an honest-to-God Soundgarden reunion is already in the works.

In a recent interview with Kerrang!, Brent Smith of the band Shinedown dropped hints that he's heard the news, saying, "There's talk of a reuniting of Soundgarden in the States soon.

"I know someone specific who told me that," he said, "who is actually specifically in their organization. Kinda told me that they're talking about it."

Who knows? Shinedown could find themselves opening for Soundgarden and they could all team up for a kick-ass version of Outshined. Talk about appropos.

And hey, check out our exclusive footage (below) of Chris Cornell doing a photoshoot for Total Guitar during the Download Festival. Great stuff!