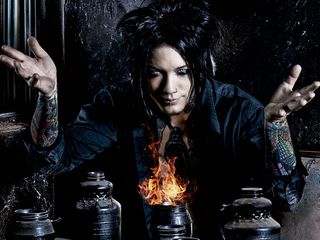 Ashba replaced NIN guitarist Robin Finck in March 2009 - but that's hardly been evident as, since then, Guns N'Roses have not done anything publicly.

Now is your chance to find out why? Is there a tour planned? Why is a DJ playing guitar?

He's joins Bumblefoot as guitarist in Guns N'Roses. We think.