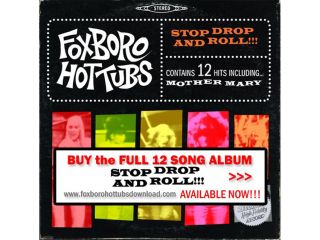 Not the new Green Day CD, but close

Want to see Green Day this month? You can't. But you can see The Foxboro Hot Tubs - the next best thing.

The everybody-knows-it's-really-Green Day band called The Foxboro Hot Tubs have have announced a small club tour of eight US cities, beginning next week.

The band will also release their debut album Stop Drop And Roll, a collection of 12 insanely catchy, punchy garage-rock anthems, a week from today on Tuesday, May 20.

Tickets will be a flat $20 each, and must be purchased at the box office on the day of the show. There is a maximum of two tickets per person.