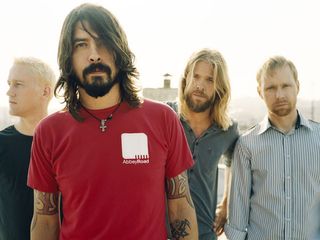 It's the little things that count

Money. Fame. Groupies. Turns out, being a real rock star means more than all that - it means having a way-cool tour rider. In which case, The Foo Fighters must be the biggest rockers around, because their catering requirements are both meticulously planned and wildly entertaining.

One section reads, "Please try to make [the soup] a vegetarian selection. Meaty soup make roadies fart," while another spells out the band's definition of pasta: "We do not mean spaghetti soup as your town already has a homeless shelter."

The rider asks that meals be served in a "bug-free area," which should be something of a no-brainer. Concert promoters looking for any form of band appreciation should heed this one passage concerning chicken: "A bunch of lightly cooked chicken with goo on them are not fun, not exciting and definitely not going to GET YOU A HUG FROM OUR BASS PLAYER, NATE (He's the real people person, not the guy from Nirvana)."

If you want to read the whole thing in side-splitting detail, The Smoking Gun has it.