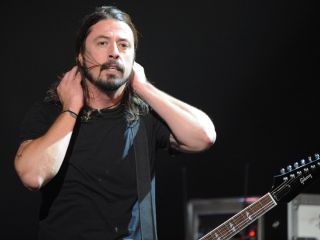 Foo Fighters will celebrate Record Store Day next month with a limited-edition album of cover tunes called Medium Rare on which they tackle songs by Paul McCartney and Wings, Joe Walsh, Cream, Prince and more.

Medium Rare will be issued on vinyl on 16 April, just days after the much-anticipated Wasting Light. Wasting Light, produced by Butch Vig, is the group's first album of all-new material since 2007's Echoes, Silence, Patience & Grace.

Here is the track listing for Medium Rare with the original artists noted:

Earlier this year, Foo Fighters teamed up with The Who's Roger Daltrey at the Shockwaves NME Awards for a blistering take on Young Man Blues (see video above). The Who performed what is still considered the definitive version of the Mose Allison song on their classic Live At Leeds set.