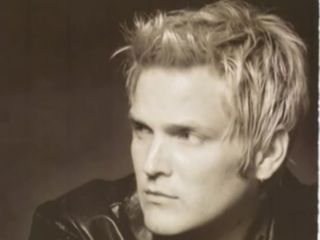 Gord Prior might look the part, but he doesn't HAVE the part

Word spread like wildfire across the Internet today that Velvet Revolver had picked Gord Prior, a singer with a Canadian-based band called Blu Bones, as their new lead singer.

Not so, says a spokesperson for Sanctuary Artist Management, which reps Velvet Revolver. "Gord Prior isn't the new guy. In fact, no decision has been made as to who the singer is."

According to management, Prior was sent tapes of two new Velvet Revolver instrumental tracks and asked to write words and melodies and to then sing over the music.

"But he's just one of numerous singers that tapes went out to," says the spokesperson. "Gord submitted his demos just like everybody else. He wasn't even asked to come in and do a formal audition. I don't know why these videos get out there, but that's just the nature of the Internet."

Or is Prior himself posting the videos on YouTube as a way of publicizing himself? If so, he's done a good job.

In case you're curious - and c'mon, you have to be - here's his audition clips. The first is of him singing a song called Mutha Fuka (now there's a Hallmark greeting card waiting to happen).

And here's Prior singing a number called Clappy.

So what do you think? Should he have gotten a call?