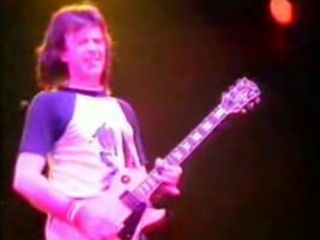 Mel Galley, the former guitarist and backing vocalist for Whitesnake in its early-'80s incarnation, has died at the age of 60, the band confirmed on its website.

Galley passed away on Tuesday at his home in Staffordshire, England, after battling cancer of the esophagus, according to British media reports. Frontman David Coverdale told the BBC that he "treasures the memory of knowing [Galley] and working together with him."

Galley played for the blues-based heavy metal band from 1982 to 1984, joining shortly after the group recorded Saints And Sinners, which made the UK Top 10 and contained the eventual megahit Here I Go Again (later re-recorded on the group's 1987 release, Whitesnake).

On Feb. 7, Galley posted a message on his MySpace blog announcing he had terminal cancer and expressing his love for his wife and two sons. "I have enjoyed a great life," he wrote, "traveled the world having some amazing experiences, met all sorts of people and played with some of the best musicians there are."

Bassist Glenn Hughes, who in the early '70s played with Galley in the band Trapeze, said of the late guitarist, "He was my oldest, closest friend, bandmate and brother."

Here is a YouTube video of Galley performing an enthusiastic, blazing solo during his heydey in Whitesnake.