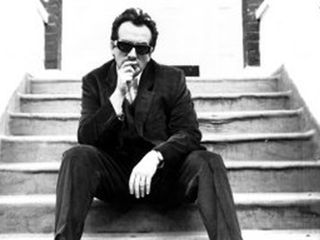 Elvis is king of all media?

He doesn't even have an air date yet, but no matter - Elvis Costello is lining up heavy hitters for his new variety show, Spectacle: Elvis Costello With.... Already, the roll call of guests includes Elton John, Tony Bennett, Lou Reed, and former US President Bill Clinton.

The show has taped four one-hour episodes of a planned 13-program run. The series is being co-produced by CTV in Canada and Channel 4 in the UK, as well as the Sundance Channel in the US.

The format for the series will see Costello interview and collaborate with his guests. According to the production company, one of the early episodes will see Costello perform with John. Sounds good, but personally, we'd love to see Costello team up with Clinton for a little musical number - I Want You perhaps?

"I'm hoping that future shows continue to embody the great joy, passion and celebration of music we've had thus far, mixed with rare poignant and powerful moments," says Costello. "It's early to say too much about Spectacle other than it has been a wonderful and surprising experience."