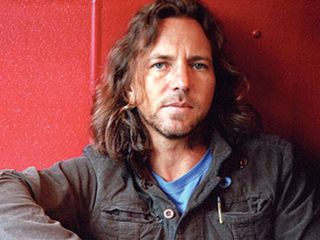 Vedder says he and Cobain would be buds today

Nearly 15 years after Kurt Cobain's death, Pearl Jam singer Eddie Vedder says he believes he and the late Nirvana star would be cool today. Friends, even.

During the height of the Seattle grunge explosion in the early '90s, Pearl Jam and Nirvana were pitted against each other in the press - much like The Beatles and The Rolling Stones were in the early days of the British Invasion.

Cobain took potshots at Pearl Jam, labeling them as "pioneering a corporate, alternative and cock-rock fusion." But Vedder now says that Cobain, were he still alive, would think he "turned out OK."

"I don't think Kurt understood us at the time," Vedder told The Sun recently, "but we became friends and I'm glad we had some of the great conversations we had, that I'm always going to keep up here," he said, pointing to his head.

"I don't talk too much about him in respect to Krist [Novoselic] and Dave [Grohl], and I know he said that early stuff about not liking us," said Vedder. But the Pearl Jam frontman indicated that any bad feelings between the bands are forgotten, things said during heady, emotional times.

In other Pearl Jam news, next week the band is releasing special commemorative editions of their debut album Ten. Four different jam-packed sets are available. Read all about them here.