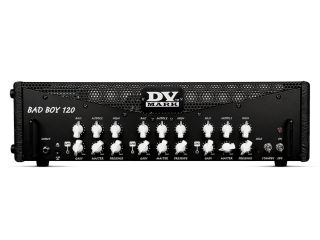 PRESS RELEASE: DV Mark, the high-end guitar amplification range from the creators of Markbass, is to receive its UK debut on 5 September at a specially selected venue - The Distillers, Smithfield Market, conveniently located close to four mainline London stations.

The DV Mark range, launched at this year's Frankfurt Musikmesse, promises to be the most exciting guitar amplifier range for some years - combining traditional professional valve circuity and tones with the legendary reliability, advanced manufacturing and self-testing technologies that have made Markbass one of the leading names in pro bass amplification.

The event, open to members of the public as well as the trade, takes place between 1 and 6pm on Sunday 5th September and will showcase the DV Mark range as well as selected Markbass models being presented by some of the leading Markbass and new DV Mark endorsees.