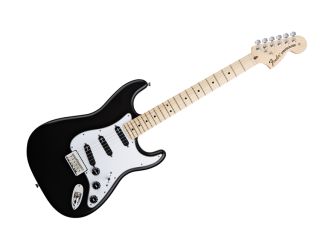 You can now buy DiMarzio's Billy Corgan pickups on their own

If you're an admirer of Billy Corgan's signature Fender Strat, Andy Timmons's signature Ibanez, or Steve Morse's custom Music Man but can't afford the guitars, DiMarzio has an answer.

The pickup company has launched the DiMarzio Billy Corgan BC-1 & BC-2, the DiMarzio Andy Timmons AT-1, and reintroduced the Steve Morse Neck and Bridge model pickups.

These are the same custom signature pickups in the artists' guitars.

While working with Billy Corgan on his custom Strat, DiMarzio modified the Air Norton S for the neck and the Tone Zone S for the bridge. Corgan asked for a deeper sound from the low strings without losing punch and a cleaner sound with high-gain amps. DiMarzio lowered the frequency response of one coil in each pickup to boost the bass while opening up the mids. The end result is the new BC-1 and BC-2.

Timmons has been described as a "player's player" because of his touch, phrasing and tone. Since 2001, he's been playing a custom DiMarzio bridge humbucker and until now that pickup has only been available in his signature Ibanez guitar. Now you can buy the Andy Timmons' AT-1 alone, with the balance, warmth and clarity of a classic humbucker and the attack of a hot rock pickup.

The Steve Morse Neck model has a dark, clean and uncompressed sound with low output and warm, smooth attack. The Steve Morse Bridge model has lots of power with a strong upper midrange peak making the low notes pop with a hard pick attack. The lows are tight and clean even when Morse uses them with a high-gain amp.