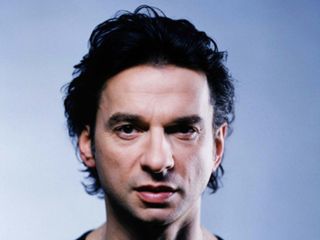 Gahan is on the mend and will resume touring soon

Depeche Mode frontman Dave Gahan successfully underwent surgery to remove a tumor from his bladder and the band's Tour Of The Universe will resume on 8 June in Leipzig, Germany.

Gahan was rushed to a hospital before a concert in Athens, Greece on 12 May after suffering a severe bout of gastroenteritis. While Gahan was in the hospital, tests revealed what's described as a "low-grade malignant tumor."

The singer's condition has caused a series of concerts to be cancelled, and doctors have ordered Gahan to take rest until 8 June, so several more shows on the Depeche Mode tour have been postponed.

Band may squeeze in London date during Jacko's run

One concert on the band's itinerary, their 30 May stop at London's O2 Arena, has been pushed back to an unspecified date. It is speculated that Depeche Mode will attempt to fit in a performance at the venue during an off-night of Michael Jackson's 50-show 'This Is It' run (which itself has been pushed back a week).

See the band's official website, Depechemode.com, for more details of the cancellations and reschedulings.

A statement from the band read: "Dave Gahan thanks fans for their support, understanding and patience. Depeche Mode deeply regret any problems or inconveniences the cancellations and postponements may have caused."