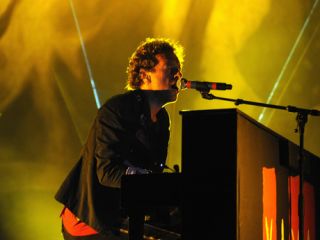 When Beastie Boy Adam Yauch revealed the sad news that he has a cancerous tumour, one of the ramifications was that all of his band's upcoming shows were cancelled.

One of those on the calendar was the Friday night headline slot at last weekend's All Points West festival in New Jersey, but organisers managed to find a more-than-able replacement act in the shape of Jay-Z.

Fittingly, he kicked off his set with a cover of No Sleep Till Brooklyn, but this wasn't the only Beasties tribute of the weekend. On Sunday, perennial 'coverer' Chris Martin sang a piano-led version of Fight For Your Right To Party during Coldplay's set.

So, we have to ask: whose Beastie Boys cover was the best? Watch the clips below and let us know…