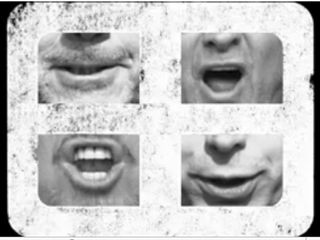 Chickenfoot. So nice they said it over and over

The name Chickenfoot started as a joke, and every member of the 'supergroup' - Joe Satriani, Sammy Hagar, Michael Anthony and Chad Smith promised MusicRadar that it was indeed that...a joke.

"When we come out, we'll have a different name," Satriani said. "Chickenfoot is not going to be our name, I guarantee it."

Well, guess what? The name stuck. "We just realized, we're Chickenfoot" said Hagar. "It's one of those names that's so bad it's good. You definitely remember it."

And to drive the point home, Chickenfoot have just released a promo clip that...well, you have to see it. And maybe play it over and over if you want to drive that certain someone crazy.

In related news, be on the lookout in March for an exclusive Chickenfoot album preview, only on MusicRadar.