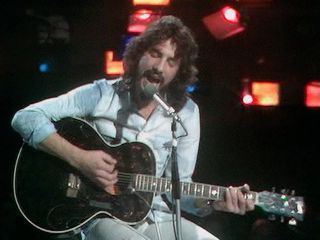 The Cat comes back, in surprising ways

"It depends on how well Joe Satriani does," said Stevens, who now goes by the name of Yusuf Islam, referring to guitarist Joe Satriani's ongoing lawsuit against the British hitmakers.

Satriani has sued Coldplay, accusing the group of copyright infringement. He claims that substantial original portions of his song If I Could Fly are lifted in the Grammy-winning Viva La Vida and is seeking damages.

Islam said that his son brought the Coldplay song to his attention and said, "Doesn't that sound like Foreigner Suite?"

Talking to Reuters, Islam said, "The song definitely sounds like it. It has such logical chords and the melody has to be what it is..."

In the past, Islam has come out the victor in a similar case: In 2003, he was awarded damages from the band The Flaming Lips, after it was decided that their song Flight Test was similar to his 1970 hit Father And Son.

(By the way, that sound you're currently hearing is Coldplay's Chris Martin banging his head against the wall while ringing up his psychiatrist.)