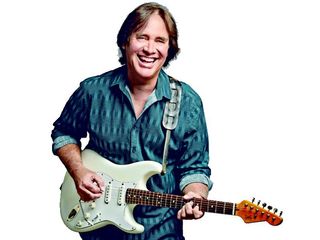 If you're a fan of great guitar playing, you won't want to miss seeing Carl Verheyen on his short run of UK gigs. This A-list session guitarist (the guitar work in the George Clooney/Quentin Tarantino film, From Dusk To Dawn is Carl) and Supertramp's lead guitarist has had a long running solo career with 13 albums to his name.

Covering various styles from rock and blues to jazz and country, the man that Robben Ford calls 'a real guitar player' is well known for his ability to play almost anything, incredibly well.

To promote his new album, Mustang Run, Carl is touring the UK with his trio that includes Stu Hamm (Joe Satriani, Steve Vai, Frank Gambale) on bass and John Madler (The Who, Michael Lee Firkins) on drums.