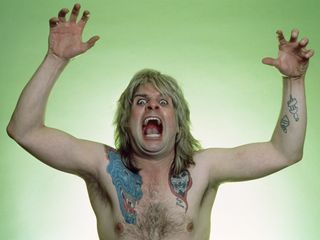 Our devil horn-throwing friends at Metal Hammer have launched a campaign to make 'Heavy Metal' recognised as an official religion.

Every decade since 1801, the now called Office For National Statistics has set about harvesting information from every household in the UK - a mammoth-sized head count, aka the census.

At last count (in 2001) more than 390,000 people couldn't resist the urge to state that their core beliefs were represented by 'Jedi' (the quasi-telekinetic power-wielding fictional character from Star Wars). Ultimately, this 'Force'-like amalgamation of great minds meant that Jedi was ranked as the fourth most popular religion - behind only Christianity, Islam and Hinduism.

Now, Metal Hammer are conducting a little 'harvesting' of their own… they want your souls. And your cooperation in helping give Heavy Metal a similar status.