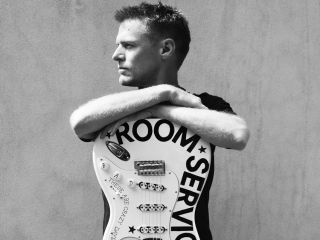 Britpop veterans Oasis have been honoured today with a lifetime achievement prize at the Silver Clef awards in London.

The Manchester band - essentially brothers Noel and Liam Gallagher - join friends Paul Weller and U2 as recipients of the prize, which is awarded to raise funds for music therapy charity Nordoff-Robbins.

Other winners at the ceremony in London included The Fratellis, who picked up best British band, and Canadian singer-songwriter Bryan Adams, who was awarded the Ambassador of Rock prize.

Now, MusicRadar isn't averse to the handing out of music award gongs, but Adams is a wry choice. The maker of Waking Up The Neighbours famously bought the pub next door to his Chelsea townhouse and then closed it down. Because the pub was too noisy. An ambassador of rock, indeed. Rock on, Bry!