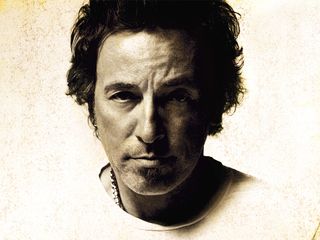 Every politician wants to be The Boss

After the contents of Barack Obama's iPod were splurged all over the interweb like a rash, politicians' taste (or lack of) in music has never been hotter. And when Members of the Scottish Parliament (MSPs) join Mr Obama in citing Bruce Springsteen among their favourite artists, we spy a music/politics connection not seen since Sonny Bono ran for Senate.

It's no great surprise to see a list dominated by Scottish artists - Belle And Sebastian, Franz Ferdinand and new-comers Glasvegas are all honoured - but it's The Boss who comes out on top.

So why do politicians love Bruce Springsteen? Perhaps it was the era they grew up in, or maybe they feel their own tasks of running a country are reflected in Bruce's lyrics about the struggles of every day life. Who knows?

"My favourite songs would be Every Little Thing She Does is Magic by Sting (sic), Love Shack by The B-52s and Blue Monday by New Order. And I am not telling you what my first album was - far too embarrassing!"
Jackie Baillie (Labour MSP for Dumbarton)

"I shared a flat with Franz (Ferdinand) bassist Bob when they first started out. Bob had never played an instrument before Alex asked him to form a band, and I was petrified for him! I used to make the boys cups of tea whenever they were round at the flat".
Aileen Campbell (SNP MSP for South of Scotland)

"As a self proclaimed Cliff Richard fan my musical tastes are obviously first class".
Karen Gillon (Labour MSP for Clydesdale)

"I've probably got about 10,000 albums now in total. I'm fastidious about categorising everything in genre, then in alphabetical order. I don't tend to loan them to people anymore, after too many tragic experiences".
Frank McAveety (Labour MSP for Glasgow Shettleston)