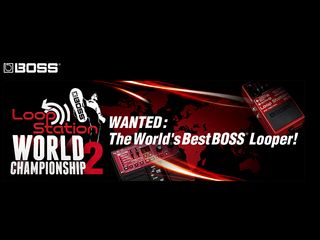 The result could be a trip to the US finals in Hollywood, California, where the top looper will earn $3000 in Boss gear and a spot in the international championship at Musikmesse 2012 in Frankfurt, Germany.