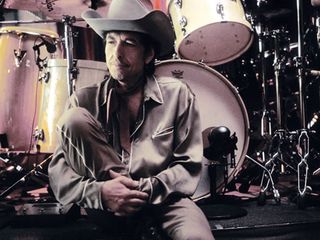 'How does it feeeel? To be a washed-up Rolling Stone?'

It's not just young rockers and rappers who talk trash. Veteran artists like Van Morrison (who recently dissed The Beatles) slag their contemporaries too. Take Bob Dylan, for example, who recently said time wasn't on The Rolling Stones' side.

Sitting down with noted music journalist and MTV executive Bill Flanagan, Dylan, who was promoting his 33rd album Together Through Life, took aim at the group once called 'England's Newest Hitmakers.'

"They're pretty much finished, aren't they?" Dylan said.

When Flanagan cited the fact that The Rolling Stones' last tour was one of the biggest money-making jaunts in concert history, Dylan said, "Oh yeah, you mean Steel Wheels. [That tour took place in '89, by the way.]

"I'm not saying they don't keep going, but they need Bill [Wyman]. Without him they're a funk band. They'll be the real Rolling Stones when they get Bill back."