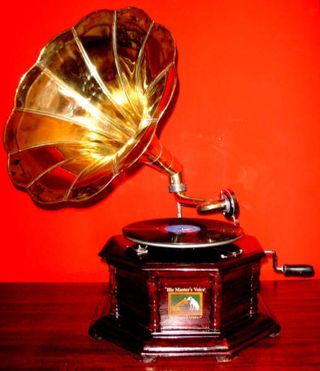 Over the last five years, the record industry has undergone a huge transformation. Higher internet speeds and wide bandwidth mobile services have made digital music accessible on demand, legally or illegally, and these trends show no sign of slowing down. This should be a good thing.

However, despite how ubiquitous music is becoming, label bosses are sweating due to the ever-increasing threat of online piracy. Industry trade body IFPI's most recent report estimated a figure of 20 unlicensed downloads for every one licensed track purchased, and with CD sales declining year on year, even the most hardcore proponents of free intellectual property can't deny that illegal downloads are costing the record industry money.

It's not as if this is through no fault of its own though. The major labels have been accused of having a rather dinosaur-like attitude to online distribution, choosing to try and protect their music with irritating-yet-ultimately-futile DRM technology, rather than embracing the internet and tackling piracy head on.

However, with the death of DRM on the horizon and more and more ways of acquiring legal music online emerging, it seems that the industry is finally starting to make an effort.

In 2003, digital downloads accounted for roughly 0% of the music market. In 2007, they accounted for 15%. Revenue increased a staggering 40% on 2006. While these figures may not be evidence of a turning of the tide, they perhaps show that the record industry is becoming more forward thinking. Perhaps.

At a conference in Cannes this week, a company called Qtrax announced that it has signed deals with all four major labels, and will offer 25 million tracks online, completely free and legal, paying its way via money from 'targeted ads' that will appear alongside music downloads. While the labels instantly denied this (according to Guardian Unlimited), it seems some sort of deal is in the pipeline. Similarly, social music network we7.com offers free music downloads (albeit mainly from independents) that come with a 10 second ad at the start of the track, and there are numerous other services going down the same route.

Advertising, and no longer DRM, is now the record industry's knight in shining armour, although I have my doubts as to how popular it will be.

Social networks such as Facebook are already displaying often scarily appropriate targeted adverts, but the concept is likely to ring alarm bells for some in the music world. The estate of Johnny Cash famously turned down a request to have the Man In Black's song Ring Of Fire feature on an ad for haemorrhoid cream, and it's likely that other artists will have similar reservations about distributing their music next to adverts over which they have no control. It's not my intention to criticise advertising in its online forms (the free content on this website doesn't pay for itself you know), but I find it hard to imagine bands such as Radiohead and the Beatles, who have traditionally resisted commercial affiliation, signing up to have their music peddled alongside ads for the latest Ford Focus.

It seems to me that Qtrax, and the countless services that will inevitably follow, are a case of too little, too late. It's not that Qtrax and its ilk are a bad idea - I certainly don't have a better one - it's just that one can see history repeating itself, with the labels pinning all their hopes on advertising as they once did with DRM. While the wider music industry revels in the opportunities the internet provides for marketing and creativity, the ailing record industry struggles to find its place in this new, intangible medium.

And it does undoubtedly have a place. Despite high-profile acts such as Radiohead going it alone, I can't imagine Avril Lavigne complained when her single Girlfriend racked up 7.3 million legal downloads (the highest of 2007).

I just think that when the record industry does figure out what it's supposed to be, and starts doing things online because it wants to, not because it feels it's forced to, then things will be more fruitful for everyone; labels, artists and fans.